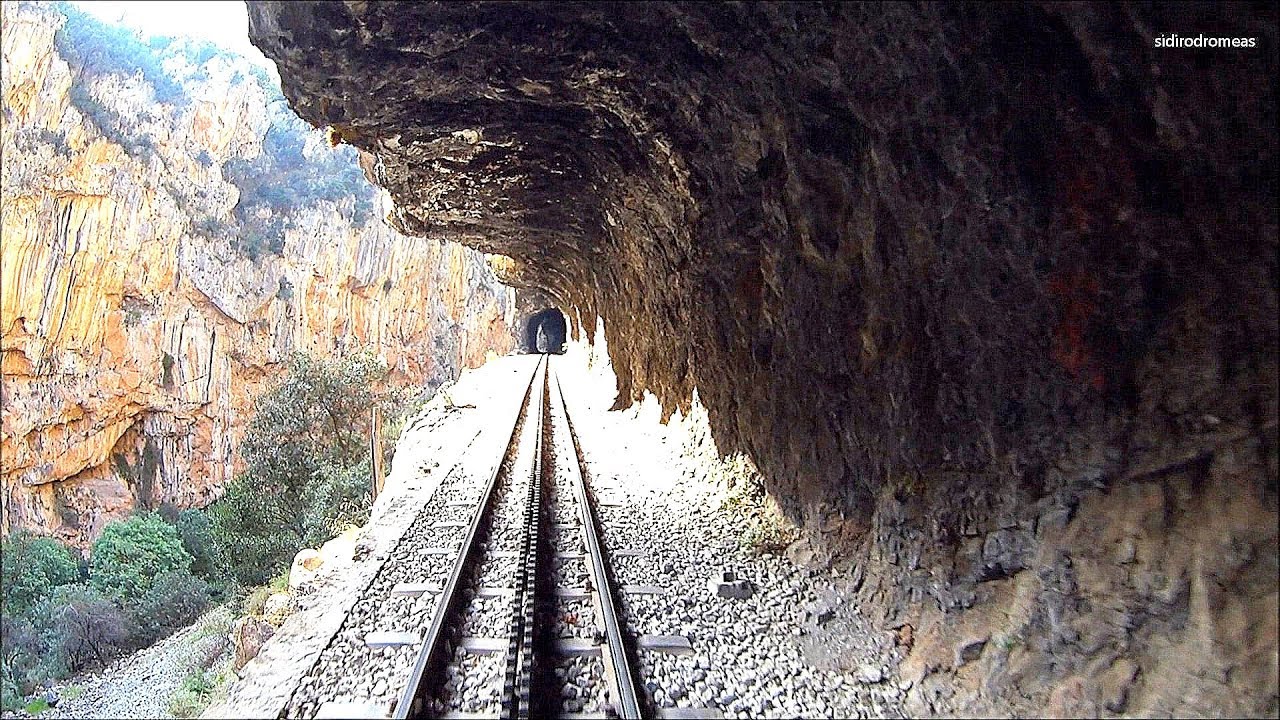 Special note: In fact the slopes are steeper than shown in the video. That is due to the fact that camera was set still in line with the cab horizontal axis and parallel to the track, therefore reducing the true magnitude of the gradient.

The line 'climbs' from Diakopto village at sea level to Kalavryta at 720 m altitude through the impressive Gorge of Vouraikos river.
Mega Spilaion (Great Cave) monastery situated halfway the line, built 362 AD, is the oldest monastery in Greece.

There are many bridges over the Vouraikos River, numerous tunnels, viaducts, waterfalls, caves and passing loops at Niamata, Triklia, Zachlorou and Kerpini. Anyone considering this trip should know that the scenery is spectacular and the trains run in perfect condition. 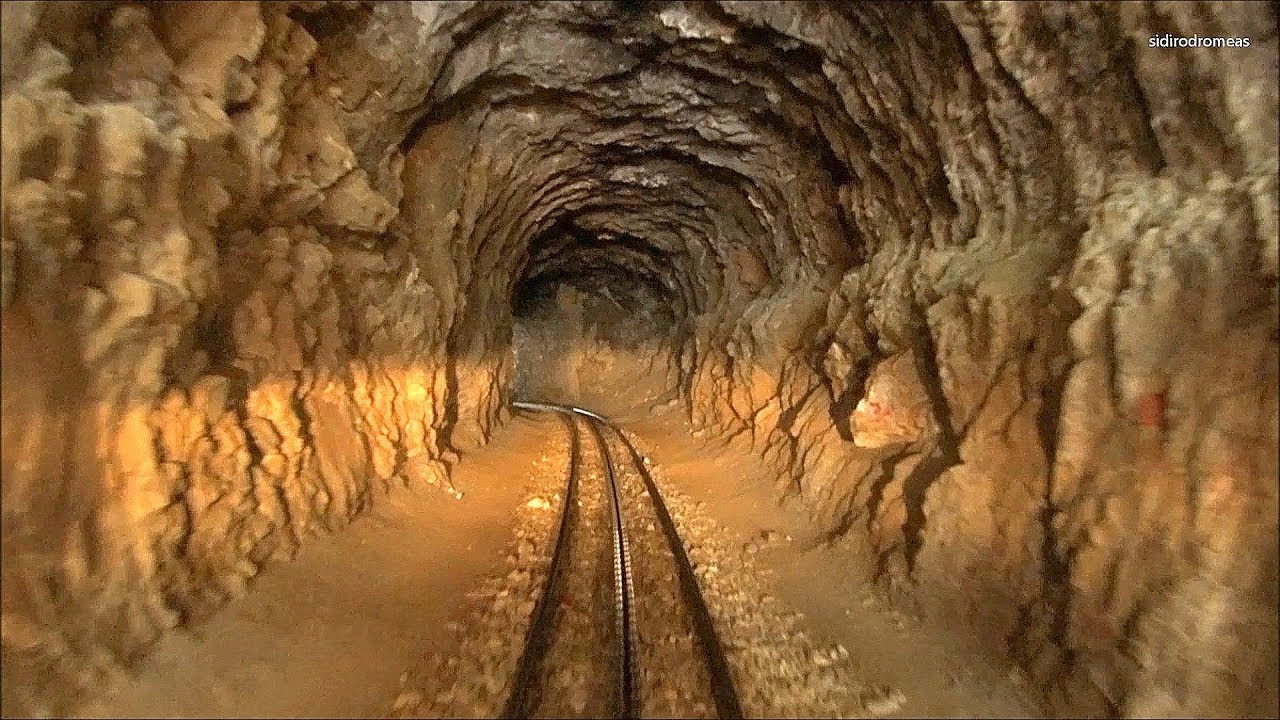 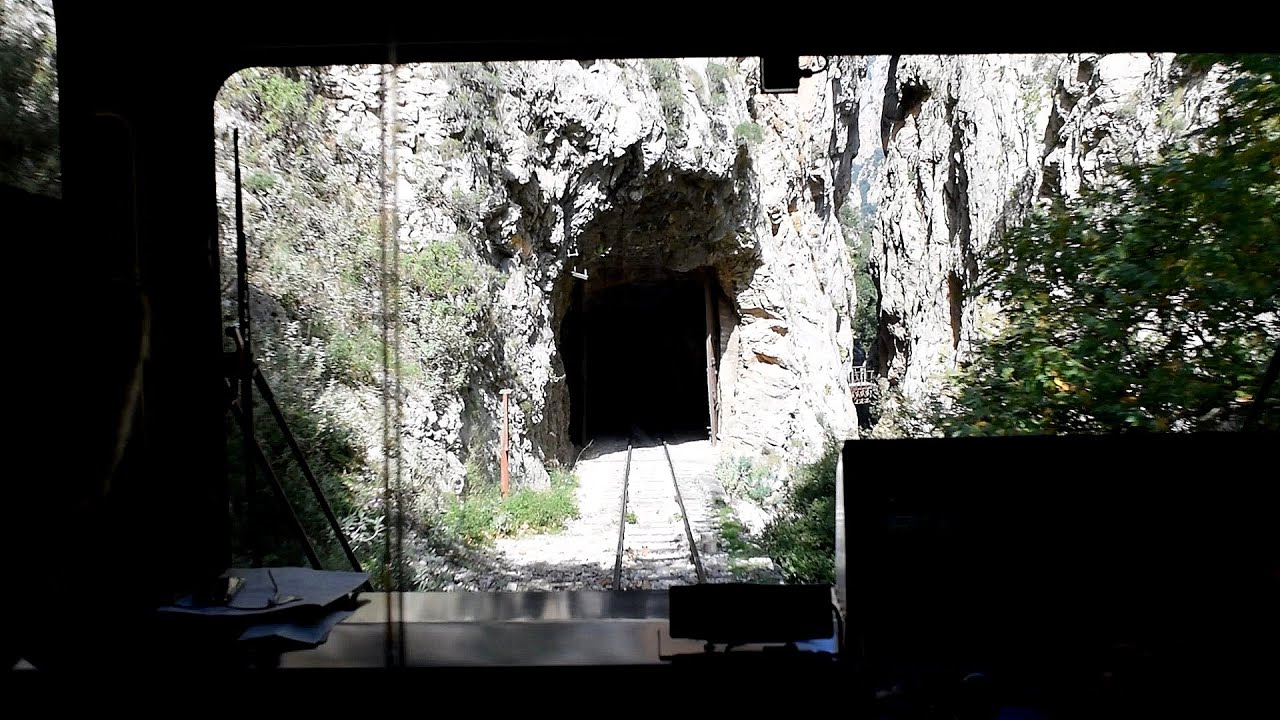 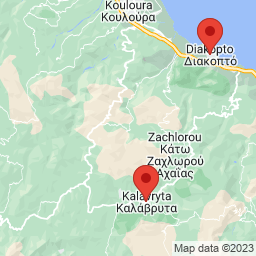 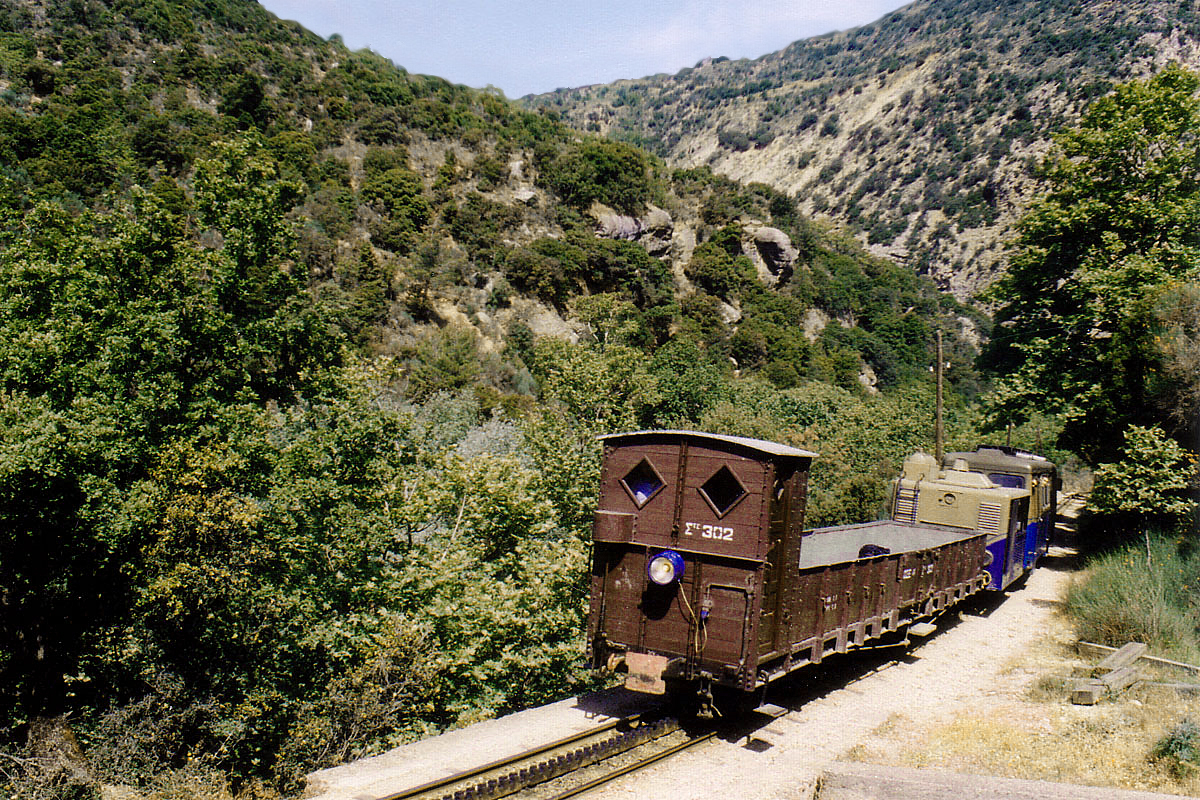